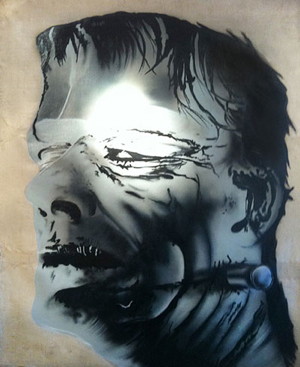 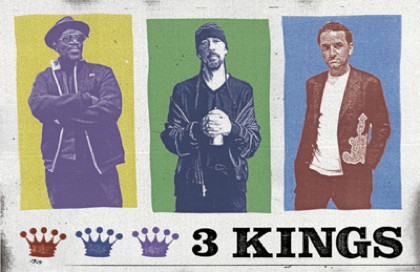 Subliminal Projects is proud to present its opening fall show 3 Kings, opening this weekend with a reception for the artists on Saturday, September 17, from 8—11pm.

In classic NYC Subway Graffiti lore, a ‘King’ is one who has achieved the most recognition for not only excellence in style but for the mark they have made on the culture.

For over thirty years these ‘3 Kings’ have been at the top of the game. Their history-making rise to international prominence from the subway tunnels of New York City was recently chronicled in MOCA’s Art In The Streets exhibition.

At Subliminal Projects Gallery they will be presenting their contemporary work created exclusively for this exhibition along with classic pieces.

There will be a reception for the artists on Saturday, September 17th, from 8—11pm.

Fab 5 Freddy is well known as Hip Hop’s ambassador to the world. His early work with Blondie on the hit Rapture, his creation of the seminal film Wild Style (directed by Charlie Ahearn) and his groundbreaking shows at the FUN Gallery brought graffiti art, rap music and break-dancing to the big stage.

He would go on to co-produce and host ‘Yo, MTV Raps!’, the first show to regularly feature this culture on TV. Starting with his famous ‘Campbell’s Soup Can’ subway car homage to Andy Warhol, Freddy has been at the vanguard— and his new work is no exception.

Lee Quinones is generally recognized as the greatest graffiti artist of all time. His ten whole car train with the Fabulous Five is a feat that has never been matched. Lee was also the creator of the graffiti writers’ creed, “If Art is a crime, let God forgive me.”

From his first show at the FUN Gallery in 1982 Rust-O-LEEum, he has never looked back, expanding his painting in extremely sophisticated ways while often including a touching look at the past.

Futura 2000 had his first one man show at the FUN Gallery in 1981 and with his unique, ethereal style became one of the FUN’s most successful artists. He was instrumental in bringing graffiti art to Europe and beyond with rock group The Clash, painting back drops on tour and designing album art.

Futura was also one of the first artists to work with manufacturers of transformer figures and clothing designs. His otherworldly new work is always eagerly awaited.

In 1981, Patti Astor was famous as ‘The Queen of The Downtown Screen’. Having worked with such directors as Amos Poe, Jim Jarmusch and Eric Mitchell, she was starring in her 12th beyond low budget ‘No Wave Cinema’ film, UNDERGROUND USA, (the punk rock Sunset Boulevard), enjoying a six month run as the midnight movie at the St. Mark’s Cinema. Fab 5 Freddy (Fred Brathwaite) had come downtown to check it out and so the ‘King of Uptown’ met the ‘Queen of Downtown’.

Unbelievably at that time no one in the downtown Mudd Club scene had ever heard of graffiti art, break-dancing or rap. However, that was soon to change. With partner Bill Stelling, Patti opened FUN Gallery, the first art gallery in NYC’s East Village. From 1981-1985 this gritty tenement storefront was the epicenter of the early 80’s cultural explosion in art, music and dance. With Fab 5 Freddy leading the way, downtown punk rock met uptown hip-hop. English rockers The Clash and the Sex Pistols partied with Futura 2000 and the Rock Steady Crew, Keith Haring and Kenny Scharf traded tags with DONDI and LEE and Jean Michel Basquiat spun platters with Afrika Bambaata, everyone rocking to the box at the FUN, while renowned collectors, art historians and museum directors joined in the party.

Though the FUN Gallery’s duration was brief, the barriers had come down and the art world would never be the same.

Join these longtime friends and veterans of the most important cultural explosion of the last thirty years at this fall exhibition 3 Kings.

3 Kings Exhibition is on view from Saturday, September 17 through Saturday, October 8, 2011.