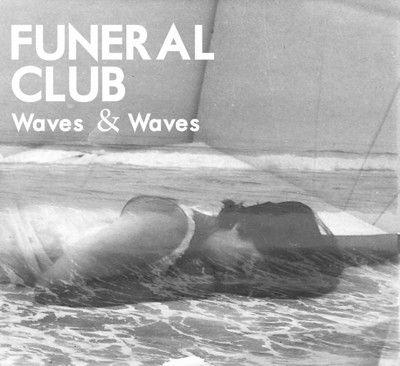 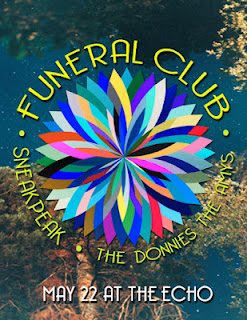 Playing TONIGHT at The Echo in Echo Park is a band called Funeral Club.

Reminiscent of the haunting strains of Siouxie and the Banshees, their style of music is gothic, brooding and atmospheric.

Funeral Club was founded by husband and wife, Joseph and Jenny Andreotti in 2006.

In the spring of 2011, Funeral Club recorded their third full-length, In the Fire. The record was produced by Raymond Richards (Local Natives, Parson Redheads) and mastered by Kramer (Damon & Naomi, Low). In The Fire was influenced by the idea of paying homage to experimental filmmakers Maya Deren, David Lynch, David Cronenberg and film composer Ennio Morricone.

Funeral Club have continued to play mostly in the Echo Park/Silverlake area in Los Angeles at Spaceland, The Echo, Echo Curio, The Silverlake Lounge and The Echo Park Film Center, performing with Damon & Naomi, A Hawk & A Hacksaw, The Wooden Birds and others.

Their releases have received critical acclaim from various media outlets as well as being voted Los Angeles band of the month at Deli Magazine.