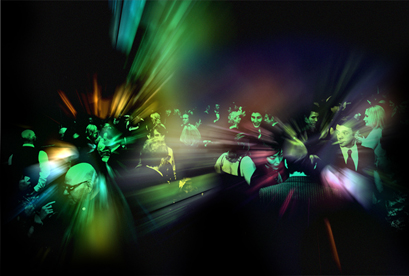 Here is an important Announcement/Letter from CEO of LA STAGE Alliance, Terence McFarland regarding the 99 seat producer meetings.

This email is to communicate an important change regarding the upcoming 99 seat producer meetings.

In our effort to empower artists and engage audiences, one of the main functions of LA STAGE Alliance is to bring the community together around important issues.

To that end, in 2010, LA STAGE hosted over twenty open roundtables of the theatre community, gathering notes, ideas and concerns from many 99-seat producers. Over 100 members of the community attended those roundtables, and hundreds more emailed in their thoughts and received copies of the notes from those meetings. Last Fall, we also held a visioning session with about 25 representative producers around the topic of a Producer’s Council.

Hopefully you are all aware by now that several of the theatrical unions (including AEA) are interested in having a dialogue with the 99 seat producers about possible changes to the 99 seat plan and other related contracts in Los Angeles.

To help facilitate community discussion of the current situation, and to determine what representative group of producers could go meet with the unions, LA STAGE Alliance, along with a number of producers in town, arranged and announced four producer meetings this spring:

The staff of LA STAGE Alliance has emailed over 700 different 99 seat producing companies or producers who have produced shows in the last 5-10 years, and has done follow up calls with many of them as well, in an attempt to get as many producers engaged with the dialogue as possible. As of today, well over 100 distinct producing entities have attended this cycle of four meetings or are RSVPd to attend one of the two meetings that remain. At least several dozen more have been actively emailing in their thoughts that have been added to the publicly available notes as well.

In addition to outreach, LA STAGE staff have been handling RSVPs, sending reminders and confirmations, taking notes at the meetings and distributing them as broadly as possible to maintain transparency of process so that every 99 seat producer who wants to be engaged has every opportunity to do so.

This has been stated both at the in person meetings and in the documents: LA STAGE ALLIANCE has no intention of ever negotiating any agreement with any union, has not ever expressed any viewpoint on any particular issue, and has only one goal in this process – to make sure that every 99 seat producer has an opportunity to engage with the process, have their voice heard, and can feel appropriately represented in any decision making that might happen in regards to new union agreements or contracts in the community.

Our Director of Programs and Operations, Douglas Clayton has led this process for the last two years.

Subsequent to the last meeting, some of the producers engaged in these discussions felt that Doug’s membership in AEA and SDC as well as his ongoing relationship with Michael Van Duzer of AEA through our Ovation Awards program presented a conflict of interest.

To address this concern or any potential conflict of interest (perceived or real), Doug has graciously agreed to step aside as the facilitator and I will be stepping into that role for the next two meetings. I am not a member of any union, nor do I have an ongoing relationship with Actors’ Equity Association.

We hope that this shift in facilitation will adequately address the concerns. I look forward to continuing on Doug’s great work toward compiling a working document representative of the impressions and feedback of the community around the plan as well as helping to establish a process for the producers to carry this information together as a united front to the negotiating table.

Again, neither I, nor anyone from my staff will be a part of those negotiations. Our role is to ensure each voice is heard and captured and we will pass along the information to those selected by the community to represent them at the table.

Thanks for your participation in this process and for the great work you do in our community. I look forward to continue our service to the community in this capacity.