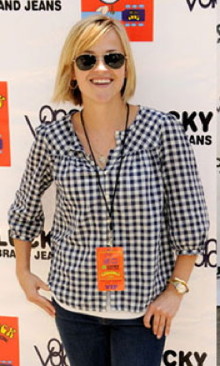 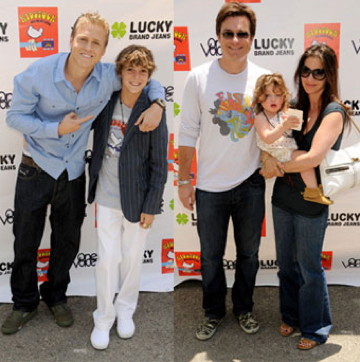 Hollywood harmonizes with HUDSON JEANS at this fun-filled family day of music and Art to benefit One Voice Scholars program, a charity that helps support children and encourages interest in the Arts.

Back for an encore performance, HUDSON JEANS provides the ultimate backstage pass for family fun at the 6th Annual Kidstock Music and Arts Festival. This highly-anticipated event once again brings families together for an incredible afternoon of live music, arts & crafts and fashionable festivities as well as interactive kids booths, gourmet food, photo booth and performances from the hottest pint-sized performers on the planet. Over 700 guests and families attend with proceeds benefiting the One Voice and the One Voice Scholars Program.

Headlining the festivities will be design-your-own denim with HUDSON JEANS. The brand has once again created a limited-edition run of pint-sized jeans exclusively for Kidstock! The mini musical set will have 3 unique denim styles for girls and 2 for boys to transform with commemorative iron-on patches into their own designer duds.

To check out Dana, Gabe, Will, Cole, and Dalton in action please go here to see their profiles.  Official band site here.

THE PEOPLE MAKING IT HAPPEN:

The One Voice Scholars Program mentors and prepares low-income and inner-city Los Angeles high school students for college and places them in top colleges across the United States. 100% of One Voice scholars gain admission to college. Under the guidance of One Voice 95% of their scholars graduate from college vs. the national graduation rate of 43% for low-income first-generation college students. 30% of these Scholars attend graduate school.