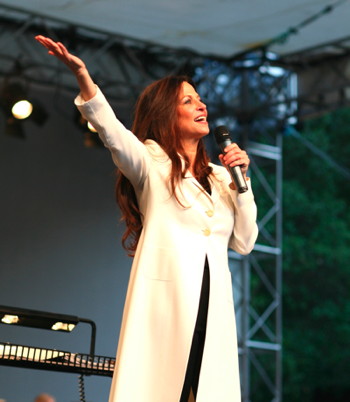 Jazz legend, bassist Charlie Haden will be making a rare public appearance for one night only as the guest artist for MUSE/IQUE‘s “Jazz Laid Down”.

Haden’s special appearance is happening the day following his receipt of a prestigious Grammy Lifetime Achievement Award from The Recording Academy®, an accolade that is well deserved for this talented musician.

MUSE/IQUE, an innovative cross-genre music organization that embraces the unexpected, curated by noted artistic director/conductor Rachael Worby, continues its popular Uncorked series with “Jazz Laid Down” on Monday, February 11, 2013, 7 pm.  Featuring legendary bassist Charlie Haden as special guest along with the electro-acoustic jazz, funk and world music of TriTone Asylum and original choreography by Joffrey Ballet choreographer Alice Alyse performed by dancer Haylee Roderick, the event takes place at a fascinating “pop up” venue, The Castle Press in Pasadena, one of the nation’s busiest printing studios.  Amid cocktail rounds and chairs scattered among the machinery for seating, the evening begins with complimentary wine and tours of the printing studio followed by the performance.

A 46-ton printing press – yes! – serves as the unusual stage as the worlds of music, dance, printing and motion intersect in an unusual setting where ultra-high tech digital presses and an 1850 Columbian Hand Press still in daily operation sit side-by-side, creating brochures and fliers for everything from sandwich shops to symphonies.  Special guest Charlie Haden dazzles with his virtuosic and revolutionary jazz chops that have netted a 2012 NEA Jazz Master Award, 16 Grammy nominations, 3 Grammy Awards, the Lifetime Achievement Award from Bassplayer magazine and kudos as “one of the most restless, gifted, and intrepid players in all of jazz” (Time Magazine).  TriTone Asylum, comprised of Andy Waddell, guitar, Jamieson Trotter, keyboard, Peter Sepsis, bass, Allen Mascari, saxophone, Philip Topping, EVI (Electronic Valve Instrument) and Mark San Filippo, drums, draws from the music of Miles Davis, Pat Metheny and Freddy Hubbard and also performs original compositions.  Alyse adds original choreography to the mix performed by Roderick, a fresh, young talent trained in classical and contemporary ballet, jazz and hip-hop whose credits include roles on the hit TV show GLEE and principal dancer on High School Musical 3, The GLEE Live Tour, the 82nd Academy Awards, and a Dancing with the Stars tour.

Worby, who ties it all together with distinctive insights and commentary, says, “We are using the raw environment of a working print press, the juxtaposition of contemporary artists with a jazz icon, and a deconstructed presentation of mid-century masterworks to take the audience back to a time when jazz was on the dangerously exciting lead edge of culture and thought.  Pairing Haylee and Charlie Haden in the same performance with TriTone Asylum truly illustrates MUSE/IQUE’s signature mash-up of divergent and extraordinary elements.”

Susan and George Kinney are the proprietors of Castle Press, which partners with MUSE/IQUE for this presentation.

Tickets are also free with MUSE/IQUE membership, which ranges from $250 to $1,000 and includes a variety of special benefits.

Choreographer ALICE ALYSE is the Artistic Director of Joffrey South and Joffrey West Programs, and the founder of the American Ballerina Foundation.  Her career includes contemporary principal lead roles with the San Francisco Ballet Company, over 300 performances in the Broadway musical Movin’ Out, top-awarded ballet graduate of Miami’s New World School of the Arts in 1994, first place winner of the National Foundation for Advancement in the Arts and the Outstanding Performance Diploma at the 16th International Ballet Competition in Varna, Bulgaria.  She has been featured in Vogue, People, Harper’s Bazaar Australia and Dance Magazine.  Kennedy Center, Hollywood Bowl, Lincoln Center, St. Petersburg, Russia, Kirov Theatre and Paris Opera Garnier are among some of Alyse’s top stage credits.

The career of jazz legend CHARLIE HADEN has spanned more than fifty years and has encompassed such genres as free jazz, Portuguese fado and vintage country, featured on his recent CD Rambling Boy (Decca), not to mention a consistently revolving roster of sidemen and bandleaders that reads like a list from some imaginary jazz hall of fame.  States the Atlantic Monthly, “No other instrument in jazz is more essential than the bass, both backbone and heartbeat, and Haden is its master.”  As an original member of the ground-breaking Ornette Coleman Quartet that turned the jazz world on its head the late 1950’s, Haden revolutionized the harmonic concept of bass playing in jazz.  “His ability to create serendipitous harmonies by improvising melodic responses to Coleman’s fee-form solos (rather than sticking to predetermined harmonies) was both radical and mesmerizing.  “He is a master of simplicity, which is one of the most difficult things to achieve.” (The Jazz Book).  Haden played a vital role in this revolutionary new approach, evolving a way of playing that sometimes complemented the soloist and sometimes moved independently.  In this respect, as did bassists Jimmy Blanton and Charles Mingus, Haden helped liberate the bassist from a strictly accompanying role to becoming a more direct participant in group improvisation.  In addition to his hugely influential work with Ornette Coleman, Don Cherry, Billy Higgins, Ed Blackwell and Dewey Redman, Haden has collaborated with a number of adventurous jazz giants, including John Coltrane, Alice Coltrane, Archie Shepp, Chet Baker and Joe Henderson.  Other artists with whom he has collaborated over the years include Keith Jarrett, Paul Motian, Guilherme Franco, Carla Bley, Gato Barbieri, Roswell Rudd, Pat Metheny, Michael Brecker, Jack DeJohnette, Ernie Watts, Alan Broadbent, Rodney Green, John Scofield, Tom Harrell, Hank Jones, Kenny Barron, Shirley Horn, Ginger Baker, Bill Frisell, Michael Brecker, Joe Lovano, Abbey Lincoln and Stan Getz.  In 1982, Haden established the jazz studies program at California Institute of the Arts, which is unique in that it emphasizes smaller groups and the spiritual connection to the creative process and helps students discover their individual sound, melodies and harmonies.  For his educational work, he was honored by the Los Angeles Jazz Society as “Jazz Educator of the Year.”  Over the years, Haden has received a Guggenheim Fellowship and several NEA grants for composition as well as three Grammy awards and more than fifteen Grammy nominations and countless international awards.  His love of world music has also seen him teaming with a variety of diverse international players, including Brazilian guitarist Egberto Gismonti, Argentinean bandoneon master Dino Saluzzi and Portuguese guitarist Carlos Paredes and even players outside the jazz genre such as Rickie Lee Jones, Beck, the Minute Men, James Cotton and Ringo Starr.  Along with a few rare concert reunions with Ornette Coleman, Haden has made a specialty of performing and producing intimate duet recordings with such jazz greats as Hank Jones and Kenny Barron.  Haden has been honored with the 2012 NEA Jazz Master Award,_the nation’s highest honor in jazz, which will be presented at a ceremony at Lincoln Center.

HAYLEE RODERICK is a fresh, young talent who has established a following and a name as an interesting young artist building a career across a range of dance disciplines.  Credits include her roles on the hit TV show GLEE and principal dancer on High School Musical 3, The GLEE Live Tour, the 82nd Academy Awards, and a Dancing with the Stars tour.  She received extensive training in classical and contemporary ballet, jazz and hip-hop at the acclaimed Center Stage Performing Arts Studio in Utah and with top choreographers Kenny Ortega, Chucky Klapow, Brooke Lipton and Zach Woodlee.  Her numerous national dance competition victories include the Hollywood Connection National Icon Award.

TRITONE ASYLUM serves up some of the tastiest electro-acoustic jazz in Los Angeles.  The combination of the two words, tritone and asylum describes the group’s approach to making music.  They are at home creating a mosaic of notes that is influenced by jazz, funk, as well as world music.  TriTone Asylum is a collective of Los Angeles musicians who bring together years of experience and collaboration.  The instruments at their sonic core are the electric valve instrument (EVI), keyboards, guitar, electric bass and drums. 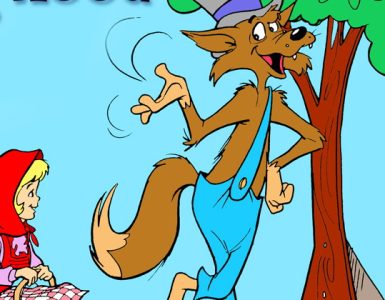