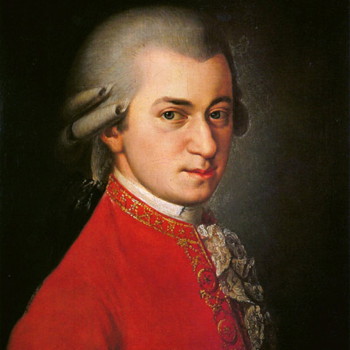 Seldom performed but dazzling… Hollywood Master Chorale inaugurates its first annual “Masterworks In March” series that features choral masterworks by Wolfgang Amadeus Mozart, including Mozart’s seldom performed Litany in E-Flat. You are invited to share a musical evening that showcases Mozart‘s dazzling solo and choral writing, as well as the historic organ of the Hollywood Lutheran Church. (Full concert info below.)

The All-Mozart program will also include Regina Coeli, K.276; an a cappella setting of Jubilate Deo; and Ave Verum Corpus, K. 618

The following month, Hollywood Master Chorale will also perform their Voices of Los Angeles: Songs of Experience concert on two evenings in June. This marks the exciting conclusion to their Voices of LA project. Eight original compositions will be presented and sung by the Hollywood Master Chorale. Four student composers joined by four established LA composers, acting as their mentors. The eight composers are using William Blake’s “Songs of Experience” as inspiration and lyrics.

It didn’t take Lauren Buckley, Artistic Director of the Hollywood Master Chorale (HMC), very long to decide which composer’s work would be performed by the Chorale at the inaugural presentation of “Masterworks in March,” which will take place this year on Sunday, March 24 at 7:30 p.m. at Hollywood Lutheran Church in Los Angeles.

“There is a long list of great composers, whose choral masterworks we look forward to performing in years to come at ‘Masterworks in March’,” says Buckley. “But we chose Mozart for our inaugural performance because he is so universally loved – both by singers and concertgoers. As an equally gifted and revered artist, Ludwig van Beethoven, once wrote, ‘All my life I have regarded myself as one of Mozart’s greatest admirers, and I will remain one until my last breath.’”

Because Mozart was so prolific, composing over 600 works, Buckley had much to choose from in terms of programming.

“My initial program was a long one,” confesses Buckley with a smile. “We’d have been singing through the night until the next morning! But eventually I pared it down to some fabulous choices.”

Chief among these choices is Mozart’s Litaniae de venerabili altaris sacramento (Litany of the venerable sacrament), K. 243 – or the Litany in E-flat, for short.

“The Litany in E-flat is rarely performed,” Buckley explains. “So we’re thrilled to have this opportunity to introduce music lovers to it. Mozart is revered for his ability to write memorable – and sing-able – melodies, and the Litany illustrates this powerfully, with its dazzling choral and solo writing. Also, if you celebrate the Easter season, there’s something special about hearing The Litany on Palm Sunday.”

The program will also include Mozart’s Regina Coeli, K. 276 – described by Buckley as a “celestial romp in C major” – an a cappella setting of Jubilate Deo, beloved by audiences since the mid 19th century; and Ave Verum Corpus, K. 618, composed a mere six months before the composer’s premature death at age 35.

“I have worked with all of these singers in ensemble and solo settings,” says Buckley. “They are each fantastic soloists as well as ensemble singers, which is why I selected them.”

The Hollywood Master Chorale gratefully thanks the Hollywood Chamber of Commerce Community Foundation for its generous support in partially funding this performance.

Free parking available at the church and nearby.