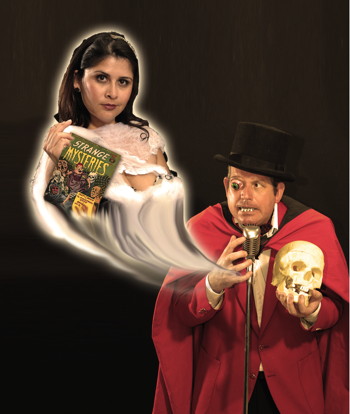 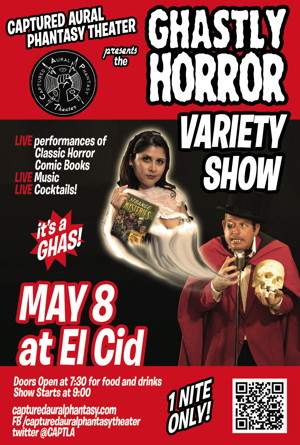 at the historic El Cid

for One Night Only –

In their newest retro variety show, Captured Aural Phantasy Theater blends pop culture and the absurd to bring to life thrilling nuggets mined from the trove of comic book horror (the 40’s, 50’s and 60’s) through live performances of vintage comic ghost stories, ads, comedic bits, music and, as always, special surprises! Who says you can only be scared in October?! Captured Aural Phantasy Theater gives you chills on May 8th—live.

The Ghastly Horror Variety Show is the next installment in Captured Aural Phantasy Theater’s new monthly residency at El Cid. As always, the show starts at 8:30pm, but doors open at 7:30pm so that audiences can revel in El Cid’s 100 year-plus history while drinking and dining.