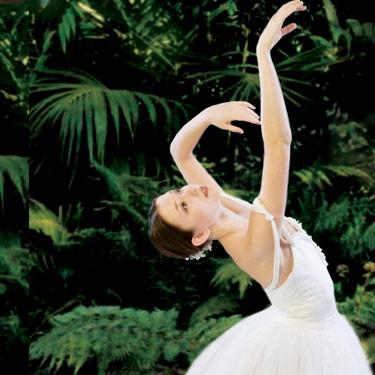 Bring a picnic and enjoy FREE ballet under the stars!

The Music Center will partner with Los Angeles Ballet to present that company’s productions of Agon and Rubies on Saturday evening, July 6 2013, at 7:30 pm, free to the public.  Both ballet’s feature music by Igor Stravinsky and choreography by George Balanchine.

This free event, under the stars in Grand Park and open to everyone, is part of the broad array of free public events The Music Center is presenting at Grand Park. The event is a one of a kind opportunity to spread a blanket, bring a picnic basket, and enjoy ballet in a whole new way.

Los Angeles Ballet is led by artistic directors Thordal Christensen (former New York City Ballet dancer and former Director of the Royal Danish Ballet) and Colleen Neary (former New York City Ballet soloist under Balanchine’s direction).  Christensen and Neary will participate in a discussion about Stravinsky and Balanchine after the performance on July 6.

“Los Angeles Ballet is pleased and honored to present collaborative masterpieces of George Balanchine and Igor Stravinsky for this occasion. George Balanchine was the innovator that changed classical dance forever, and is responsible for what it has become today. Together with his dear friend Igor Stravinsky they created works of pure musical and choreographic genius. These ballets remain timeless, an inspiration to us all,” said Christensen and Neary.

Stravinsky began writing Agon, a ballet for twelve dancers, in December 1953 and concluded in April 1957; the music was first performed on June 17, 1957 in Los Angeles conducted by Robert Craft, while the first stage performance was given by the New York City Ballet on December 1, 1957 at the City Center of Music and Drama, New York. The composition’s long gestation period covers an interesting juncture in Stravinsky’s composing career, in which he moved from a diatonic musical language to one based on twelve-tone technique; the music of the ballet thus demonstrates a unique symbiosis of musical idioms.

The ballet has no story, but consists of a series of dance movements in which various groups of dancers interact in pairs, trios, quartets etc. A number of the movements are based on 17th-century French court dances – saraband, galliard and bransle.   ‘Agon’ is the Greek word for contest; the movements of the ballet are named after French court dances. The score was commissioned by New York City Ballet with funds from the Rockefeller Foundation and dedicated to Lincoln Kirstein and Balanchine by the composer. Together, Balanchine and Stravinsky designed the structure of the ballet during the creation of the music.

Rubies, set to Stravinsky’s Capriccio for Piano and Orchestra, is the second act of Jewels, a full-length, three-act plotless ballet that uses the music of three very different composers. Balanchine was inspired by the artistry of jewelry designer Claude Arpels, and chose music revealing the essence of each jewel. He explained: “Of course, I have always liked jewels; after all, I am an Oriental, from Georgia in the Caucasus. I like the color of gems, the beauty of stones, and it was wonderful to see how our costume workshop, under Karinska’s direction, came so close to the quality of real stones (which were of course too heavy for the dancers to wear!).”  Each section of the ballet is distinct in both music and mood. Rubies is crisp and witty, epitomizing the collaboration of Stravinsky and Balanchine. 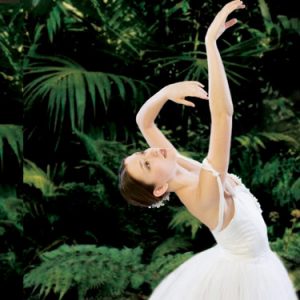 Colleen Neary is the co-Artistic Director of Los Angeles Ballet. Ms. Neary danced as a soloist from 1969 to 1979 in the New York City Ballet under the direction of George Balanchine. She had numerous roles created for her by George Balanchine, Peter Martins, Jacques d’Amboise and others. She was invited in 1979 to be Ballet Mistress and Choreographic Assistant for the Zurich Ballet. During this period she also staged Rudolf Nureyev’s Don Quixote and Manfred for La Scala de Milan, Zurich Ballet and Vienna State Opera. In 1984 she was invited to be Principal Guest Artist and company teacher for Maurice Béjart’s Ballet du XXième Siecle where he created several roles for her. In 1986 she was invited to join Pacific Northwest Ballet as Principal Dancer. In 1992 she joined The Royal Danish Ballet as Ballet Mistress and company teacher. By 1999 she became First Ballet Mistress in charge of productions, a position she held until 2002.  Ms. Neary is a member of the George Balanchine Trust and has staged many of his ballets, including Agon, The Four Temperaments, Theme and Variations, Rubies, Serenade, Tarantella, Stravinsky Violin Concerto, Divertimento no.15, Piano Concerto no. 2, Concerto Barocco, Tchaikovsky Pas de Deux, and Symphony in C, for leading companies around the world.

Glorya Kaufman Presents Dance at The Music Center (KDMC) is one of the leading presenters of dance on the West Coast.  The celebrated series offers significant works by prestigious ballet and contemporary dance artists from around the world.  Entering its second decade, KDMC continues to be a powerful commissioning force through the support of new works and artists-in-residence projects by today’s most influential companies and choreographers.  Performances take place throughout The Music Center, from the historic Dorothy Chandler Pavilion to the iconic Walt Disney Concert Hall, providing the ideal setting for distinct and inspiring dance experiences

Under the leadership of The Music Center, Grand Park has become a vibrant outdoor community gathering place for all which adds a new spirit and vitality to downtown.  With expansive green space for gatherings large and small, Grand Park celebrates the cultural vitality of Los Angeles County and is host to community events, cultural experiences, holiday celebrations and many other activities that engage and attract visitors from all communities throughout the county.  One of the biggest parks in downtown Los Angeles, the 12-acre Grand Park stretches from The Music Center on the west to City Hall on the east.  Under the direction of the county, Grand Park was developed by Related Companies with an award-winning creative team, including landscape architect, Rios Clementi Hale Studios; general contractor, Charles Pankow Builders; environmental graphic design firm, Sussman/Prejza; and fountain design consultants, Fluidity.  For more information, visit here.

Classical concerts in the clouds! Under the magnificent vaulted dome of the 100-inch telescope, Mt. Wilson Observatory’s Sunday Afternoon Concerts in the Dome have resumed with a limited engagement this summer...