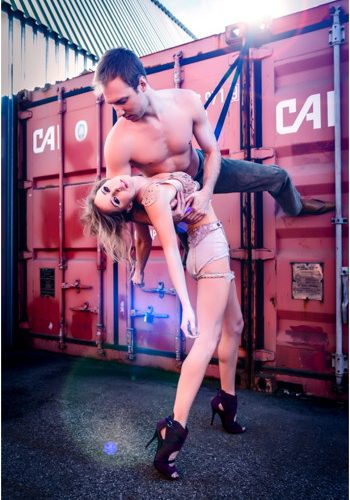 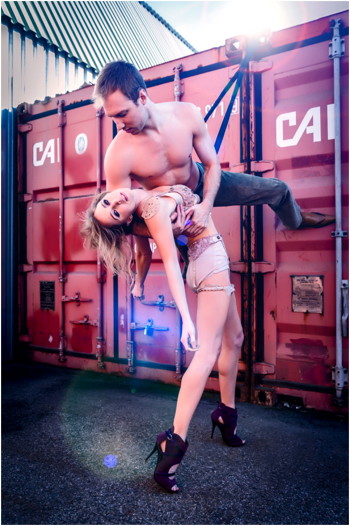 Performing sometimes solo, at other times apart but in tandem with each other, the acrobatic interlude starts up a few times throughout the evening. First performance is at 9.15pm.

Gradually they begin their whirling dance. In a moment of heartbreaking perfection, one foot meets the base of the other’s, as she stands while he hangs. Somehow this simple union brings a sob to your throat. At times, she’s daringly suspended simply by the crook of her elbow inside his. Another time it’s merely interlocked knees that separate them from floating in mid-air and crashing to earth. At one point, Womack goes into a dizzying spiral rotation before executing an elegant acrobatic maneuver. It’s thrilling stuff!

The pair will be touring London with Cirque Berzerk for most of this month, but they return to The Edison Downtown for the last two Fridays, Friday July 19 & Friday July 26, 2013.

Go for drinks or make a table reservation (recommended) at The Edison Downtown.

More information about the artists here.