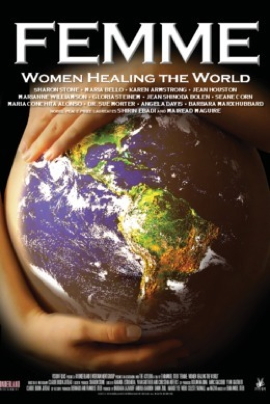 A celebration of Life and Love!

FEMME, a new documentary about the ‘fair sex’ — women — will screen in Santa Monica this month.

Directed by Emmanuel Itier, Femme is a quest to find and focus on the most important and influential women around the world, those who have impact on our daily lives and through religion, spirituality, science, history, politics, philosophy and entertainment.

Itier‘s documentary incorporates interviews with various leaders in each field as well as the ordinary women living in the many geographical areas that the filmmakers visit.

Executive produced by Sharon Stone, the documentary begins with an explanation of the various ancient Goddess cultures and traces how the loss of the Sacred Feminine, the diminished status of women, the rise of patriarchy and the development of capitalism have all affected our planet. It concludes that now is the time for women to step up and guide the way toward a world of caring economics that benefits everyone on the planet, not just men or a select group of elites.

Coming up is the first theatrical screening of the final cut of FEMME, with the filmmakers and cast in attendance.