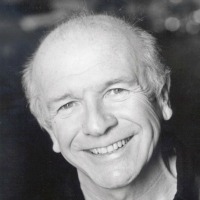 This event is part of a FOUR-DAY Salute to the Playwright.

Panel discussion:  “Does it Take One to Know One?”

Attend one or all events. Info here.

“The Skylight Salute is a perfect opportunity to bring the Los Angeles theater community together and to pay tribute to the men and women who create the plays that resonate with audiences for generations,” says Suzi Dietz, Skylight Theatre Company Board President.

Terrence McNally has won four Tony Awards for his plays Love! Valour! Compassion! (New York Drama Critics’ Circle Award for Best American Play), Master Class, and for his musical books for Kiss of the Spiderwoman, and Ragtime. Additionally, Terrence has won four Drama Desk Awards (Lips Together, Teeth Apart, Love! Valour! Compassion!, Master Class, and Ragtime); two Obie Awards (Bad Habits, LVC); two Lucille Lortel Awards (1992 for his body of work and for Lips Together, Teeth Apart); three Hull Warriner Awards (more than any other playwright, for Bad Habits, Frankie and Johnny in the Clair de Lune and The Lisbon Traviata). Recent Broadway credits include his play Deuce, which marked the return of Angela Lansbury to the American stage; the musical Catch Me If You Can; and the revivals of his plays The Ritz and Frankie and Johnny in the Clair de Lune. His other plays include A Perfect Ganesh (Pulitzer Prize finalist), Corpus Christi, Dedication or The Stuff of Dreams (Drama Desk nomination, Best Play), The Stendhal Syndrome, Lips Together, Teeth Apart, Some Men (Drama Desk nomination, Best Play) and It’s Only a Play.

Earlier stage works include And Things That Go Bump In The Night, Where Has Tommy Flowers Gone?, and Next. He wrote the books for the musicals The Full Monty (Tony Nomination, Best Book of a Musical), The Rink, and A Man Of No Importance (Outer Critics Circle Award, Best Musical). The San Francisco Opera presented Dead Man Walking with McNally’s libretto and music by Jake Heggie. Terrence McNally has written a number of TV scripts, including Andre’s Mother for which he won an Emmy Award. He has received two Guggenheim Fellowships, a Rockefeller Grant, and a citation from the American Academy of Arts and Letters. In 1992 he was inducted into the Theatre Hall of Fame.

In 1998 Terrence McNally was awarded a Doctor of Letters from Julliard, where in 1993 he co-created the Playwriting program along with John Guare and Michael Kahn. With the opening of Golden Age, McNally became the first playwright in history to have new works open on and off-Broadway in each of six decades. In 2010 The Kennedy Center produced a festival of his works under the title Terrence McNally’s Nights At The Opera: Master Class, The Lisbon Traviata, and the world premiere of Golden Age.

Upcoming projects include Great Scott (a World Premiere opera written with Jake Heggie for Joyce DiDonato), the musical Anastasia with Ahrens and Flaherty, And Away We Go for the Pearl Theatre Company, Mothers and Sons with Tyne Daly, and The Visit (a musical written with Kander and Ebb) starring Chita Rivera.

THE SKYLIGHT THEATRE COMPANY is a vibrant expanding family of artists committed to developing and producing new works that resonate with the richly diverse population of Los Angeles. STC’s focus on educating and nurturing artists through its various INKubator development programs offers playwrights a home to test and refine their work in front of an audience. The 2011 and 2012 INKubator programs reflected the work of more than 100 local writers and 30 musicians through 45 staged readings, 18 extended workshop productions, and eight musical events. Nine INKubator projects were featured during both of those seasons, with four more world premiere productions scheduled for 2013.