Currently on exhibit at LA Artcore’s Little Tokyo gallery is a group show of works by contemporary artists from Thailand. Thai Group Show 2014 will run until Thursday January 16, 2014.

LA Artcore is presenting this two-week-only exhibition in a series of exchanges with Thailand organized with the great coordination and cooperation of Dr. Kamol Tassananchalee. 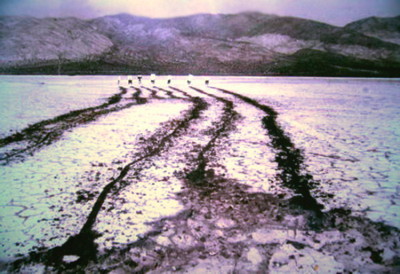 As an exciting and culturally-enriching component to Artcore’s programming, its international exchanges between Thailand and the U.S. continue to set the benchmark for such exchanges happening in the visual arts while giving artists the opportunities to travel abroad, tour and exhibit as a group in their host country.

According to Pranay Reddy, “It is fascinating to watch the developments of contemporary art in Artcore’s sister-cities of Chiang Mai, Tokyo, Kitakyushu and (but not limited to) Seoul as they stream in through Artcore’s exhibitions spaces. Here, L.A. Artcore welcomes six Thai artists whose backgrounds vary as widely as their art itself, spanning painting, sculpture, mixed-media and digital media and expressing interest in combining both contemporary and traditional modes. Thai Group Show 2014 presents an especially unique opportunity to reflect upon and become invigorated by Thai art and culture.”

LA Artcore is a non-profit art organization that was started by Lydia Takashita in Japan town 35 years ago. LA Artcore has two locations: at the Union Center in Little Tokyo and the Brewery in Lincoln Heights.

In February this year, a contingent of Los Angeles artists will be traveling to Bangkok to participate in an International Art Exchange in Thailand.

About twenty LA artists are heading over to South East Asia for two weeks to conduct workshops and give power point lectures to the students. The art works and paintings created while there will be donated to the University as part of the exchange.

Says fine artist Sinan Revell, “It’s going to be a fun and exciting trip for us all, especially for me and my daughter Mika, who is also an artist.” Mika Revell gained her BFA from Otis and is a local girl raised in Calabasas. She subsequently attended post-graduate studies of art in London before creating art in New Orleans.

Kaoru Mansour—paintings and prints with a crackle decorative swirls, abstract

LA Artcore—Union Centre for the Arts.

There is a new underground parking lot open right across the street. The rates are lower than anywhere else in the area – $1/hr for the first 2 hours, $3/hr for every hour afterwards.

LA Artcore’s headquarters and main gallery are located at the Union Center for the Arts in Little Tokyo, one block away from the Museum of Contemporary Art (MOCA): Geffen and the Japanese American National Museum.