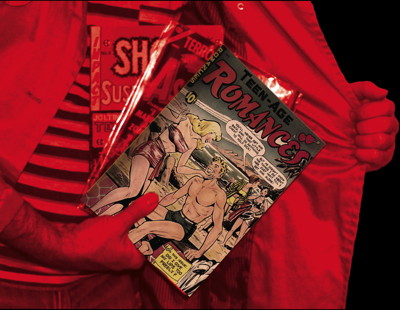 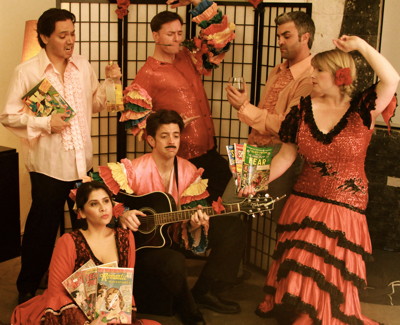 Torrid tales of tinseltown and romance that they didn’t want you to see!

Captured Aural Phantasy Theater (aka CAPT) presents the Forbidden Love Show at the historic El Cid for *one night only* Sunday, March 9 2014.

Spend the night at El Cid by enjoying vintage tales from the dark side of Hollywood and romance – uncensored and LIVE!

The CAPT crew will be showcasing live performances of stories pulled from vintage, mid-century romance comic books all within their signature variety show / old radio show style. But these aren’t heart-warming tales – these are the comic book love stories that were banned for being too racy!! Along with multi-media comic book performances, the evening includes comedic acts, prizes and the finest live music.

On March 9, you can be regaled with torrid tales while enjoying stiff drinks and food from El Cid.

The Forbidden Love Show is the first in CAPT’s new Seduction of the Innocent miniseries that honors an important time in the history of comic books. Named for the the title of the famous book that indicted the comics industry in 1954, the series will consist of monthly shows that highlight those depraved comics once deemed harmful to kids.

April 21 marks the 60th Anniversary of the Senate hearings that led to the years-long censorship of comics. This spring, the CAPT crew are planning on interpreting and re-staging those hearings, but leading up to that, during their monthly shows at El Cid, they will be featuring all those comics that were called out for being a bad influence on kids.

Also, as a bonus, audiences will be able to shop at the all-new Phantasy Faire before the Forbidden Love Show. Vendors who specialize in geeky merchandise and collectibles—everything from old comics to superhero crafts—will be selling their wares on the El Cid patio. Think of it as a nerdy Farmer’s Market! Hopefully this will become a monthly destination event for LA’s groovy geek culture.

CAPT will be re-staging this historic event with a special theatrical performance later in the spring. In the meantime, get the back story and enjoy their “bad influence” at El Cid.

All the cool kids are doin’ it.

Captured Aural Phantasy Theater is a group dedicated to producing high-quality live, filmed and recorded entertainment; bred in Chicago, but in LA to stay.

Captured Aural Phantasy Theater is the original comic book / radio / variety show based right here in LA for over 5 years!