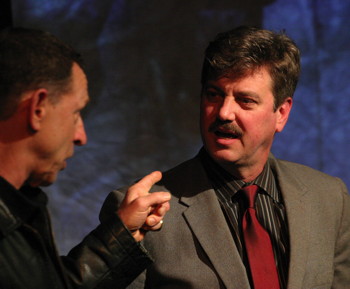 Odyssey Theatre’s “A Steady Rain”
extends through May 11, 2014
then heads to the Guthrie in the fall