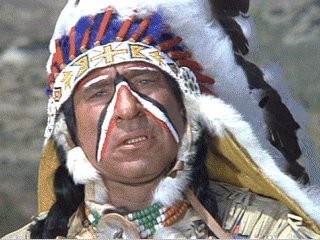 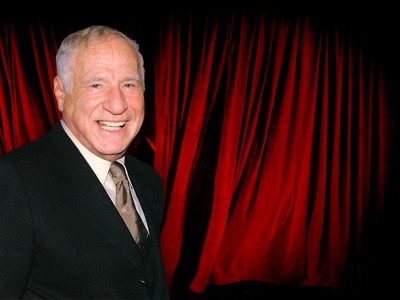 With an illustrious and industrious career in the entertainment business that spans over 60 years, Mel Brooks has become synonymous with comedy. Now you have the chance to see the funny man live on stage, regaling his audience with hilarious stories drawn from his life and work.

Mel Brooks: Live at the Geffen will have a single performance Monday, April 28 at 8pm in the Gil Cates Theater, in a Spotlight Entertainment Series Production.  An introspective retrospective of Mel Brooks’ life and career, this is Brooks’ first one-man stage production.  Director, producer, writer and actor, Brooks is in an elite group as one of the few entertainers to earn all four major entertainment prizes – the Tony, Emmy, Grammy, and Oscar.

Ken Novice, Managing Director of the Geffen, said, “We are pleased to present the incomparable Mel Brooks in a special evening that he has created as part of our popular and special Spotlight Entertainment Series which brings iconic artists and extraordinary events to our intimate theatres.  We know audiences are in for a memorable evening with one of the great comic entertainers of all time.”

Novice continued, “The mission of the Geffen Playhouse Spotlight Entertainment Series is to provide unique theatrical events to Los Angeles that would not ordinarily be part of a traditional theatre season – including the recent the sold out run of I’ll Eat You Last starring Bette Midler and the extended run of Nothing to Hide, directed by Neil Patrick Harris.”

Mel Brooks’ career began in television writing for Your Show of Shows and together with Buck Henry creating the long running TV series Get Smart.  He then teamed up with Carl Reiner to write and perform the Grammy-winning 2000 Year Old Man comedy albums & books.

Brooks won his first Oscar in 1964 for writing and narrating the animated short The Critic and his second for the screenplay of his first feature film, The Producers in 1968.  Many hit comedy films followed including The Twelve Chairs, Blazing Saddles, Young Frankenstein, Silent Movie, High Anxiety, History of the World Part I, To Be or Not to Be, Spaceballs, Life Stinks, Robin Hood: Men in Tights and Dracula: Dead and Loving It.  His film company, Brooksfilms Limited also produced critically acclaimed films such as The Elephant Man, The Fly, Frances, My Favorite Year and 84 Charring Cross Road.  For three successive seasons, 1997-1999 Mel Brooks won Emmy Awards for his role as “Uncle Phil” on the hit sitcom Mad About You.

Brooks received three 2001 Tony Awards and two Grammy Awards for The Producers: the New Mel Brooks Musical, which ran on Broadway from 2001 to 2006.  The Producers still holds the record for the most Tony awards ever won by a Broadway musical. He followed that success with The New Mel Brooks Musical Young Frankenstein, which ran on Broadway from 2007 to 2009 and both musicals continue to be performed and enjoyed by audiences all over the world.

In 2009 Mel Brooks received The Kennedy Center Honors, recognizing a lifetime of extraordinary contributions to American culture.  His recent projects include the Emmy nominated HBO comedy specials “Mel Brooks and Dick Cavett Together Again,” and “Mel Brooks Strikes Back!” as well as a career retrospective DVD box set titled  “The Incredible Mel Brooks: An Irresistible Collection Of Unhinged Comedy.”  In the spring of 2013 he was the subject of an Emmy Award winning American Masters documentary on PBS called “Mel Brooks: Make A Noise” and was the 41st recipient of the AFI’s Life Achievement Award.

Mel Brooks: Live at the Geffen

The Gil Cates Theater at the Geffen Playhouse

For information and to purchase tickets, please visit the official site here or call 310-208-5454.