“Louis & Keely: ‘Live’ at the Sahara” at the Geffen 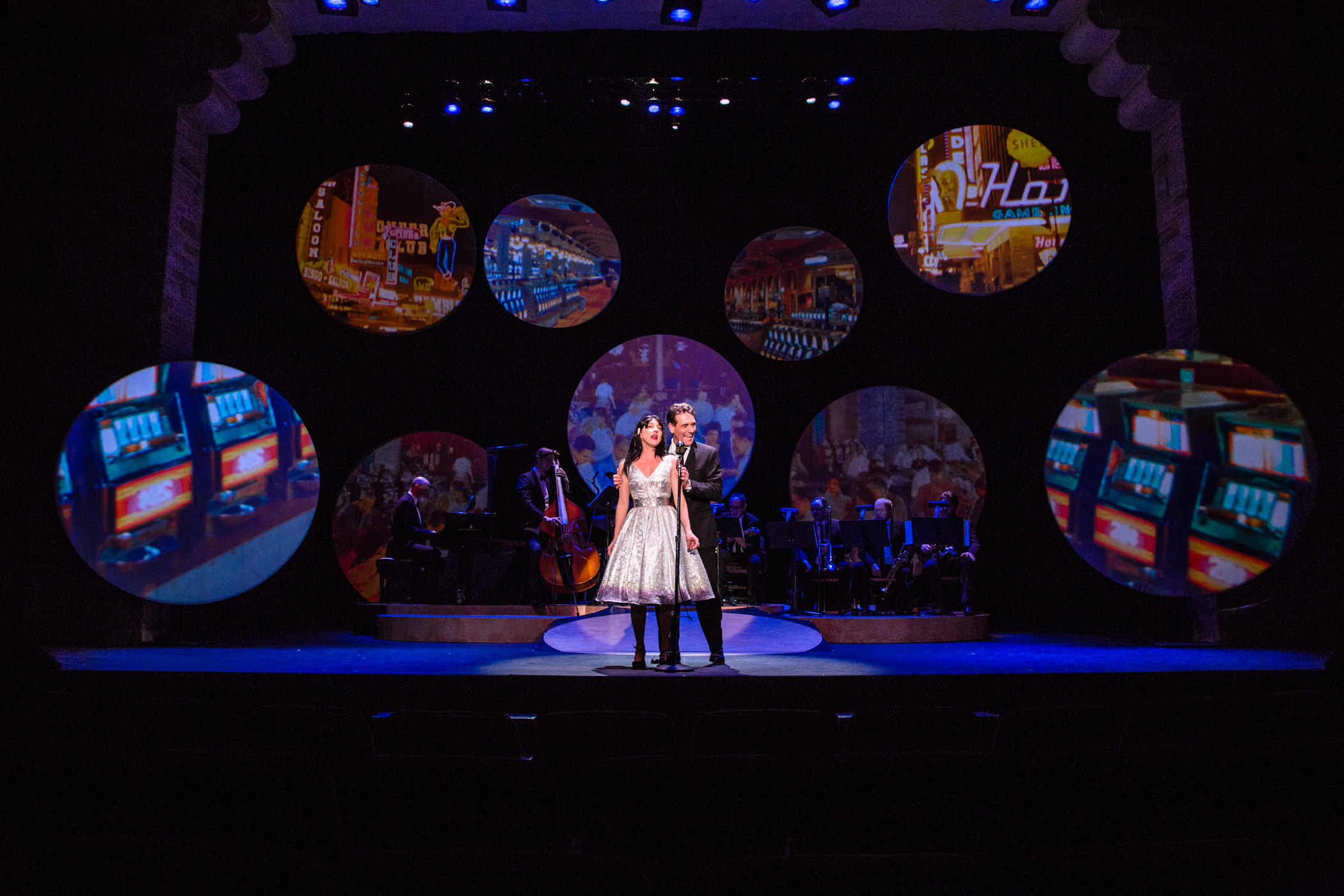 We recommend this fine play.

Louis & Keely: ‘Live’ at the Sahara

A hit at Sacred Fools back in 2008, Louis & Keely: ‘Live’ at the Sahara proved to have legs; it’s been picked up and revamped several times over prior to its current production at the Geffen Playhouse.

Lewis and Keely took Las Vegas by storm during the 1950s, as their their signature sound and on-stage repartee “played pretty for the people.” For this staging, Hackford has amped up the off-stage personal storyline. Co-written by Vanessa Claire Stewart, Taylor Hackford and Jake Broder (who first appeared in the Prima role), the narrative, relayed by Prima, takes us through the ups and downs of their partnership. The duo is expertly backed by a seven person jazz outfit led by Paul Litteral; the group stands in for Louis’ band ‘The Witnesses’ and features a smoking brass section that rounds out the bold, big band sound.

Louis & Keely: ‘Live’ at the Sahara

Running time: 2 hours and 20 minutes, with one intermission.