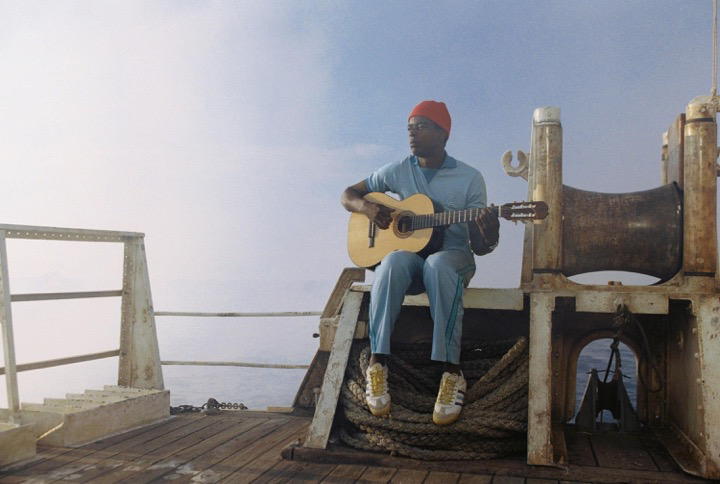 “The Life Aquatic: A Tribute to David Bowie” – Seu Jorge performs at the Bowl

Seu Jorge – The Life Aquatic: A Tribute to David Bowie

Brazilian troubadour Seu Jorge celebrates Bowie’s catalog (with an orchestra for the first time) through the lens of his role in Wes Anderson’s classic film The Life Aquatic; his classic Brazilian samba sets the stage.

Seu Jorge returns to the Hollywood Bowl on Sunday, June 25, to perform The Life Aquatic: A Tribute to David Bowie, with the Hollywood Bowl Orchestra, conducted by Thomas Wilkins. Seu Jorge, one of Brazil’s most talented contemporary singers, rose to international fame in the Wes Anderson film The Life Aquatic with Steve Zissou. In his acclaimed role as Pelé dos Santos, a singing sailor, Seu Jorge performed several of David Bowie’s songs in the film. In a twist, he performed the songs in Portuguese, accompanying himself simply on acoustic guitar. In commemoration of David Bowie’s recent passing, Seu Jorge performs a special tribute to him alongside the Hollywood Bowl Orchestra, under the baton of Thomas Wilkins and with orchestral arrangements by David Campbell. The first half of the concert will feature Seu Jorge and his six-piece band performing classic samba.

Seu Jorge was part of the Brazilian band Farofa Carioca, writing most of the songs of their 1998 debut album Moro no Brasil. His first solo album was 2001’s Samba Esporte Fino, a pop album influenced by iconic Brazilian artists Jorge Ben Jor, Gilberto Gil and Milton Nascimento, and released outside Brazil under the name Carolina in 2003. He followed up with the critically acclaimed 2005 album Cru (Raw). He has since gone on to release five studio albums and collaborate with the likes of Beck, Talib Kweli and the fashion designer Rachel Roy.

Seu Jorge – The Life Aquatic: A Tribute to David Bowie