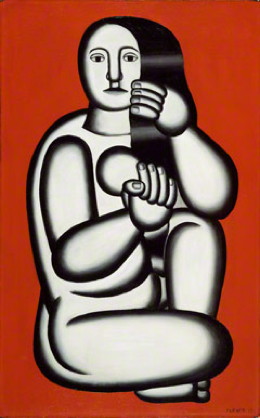 To complement the current exhibition Modern Antiquity: Picasso, de Chirico, Léger, and Picabia in the Presence of the Antique, the Getty Villa is offering a special gallery course on Ancient Art and the avant-garde artist.

This one-time event is to be held at the J. Paul Getty Museum, Getty Villa, on Saturday afternoon, December 3, 2011.

Delve deeper into the Getty Villa’s marvelous new exhibition Modern Antiquity: Picasso, de Chirico, Léger, and Picabia in the Presence of the Antique, with a gallery course that explores the influence of ancient art among avant-garde artists.

On December 3, Ancient Art on the Modern Mind: 20th-Century Reinventions of Antiquity will look closely at the exhibition Modern Antiquity: Picasso, de Chirico, Léger, and Picabia in the Presence of the Antique, which juxtaposes classical art with the innovative work of avant-garde artists who re-appropriated the classical past. Exhibition co-curator Jens Daehner and John Tain of the Getty Research Institute present the history of the exhibition, after which they lead a discussion in the galleries about the 20th century artists and the classical works of art that inspired them.

Juxtaposing 20th-century works with ancient objects, this in-depth exhibition focuses on how four eminent artists reinvented and transformed the artistic legacy of antiquity. Classicizing creations such as Giorgio de Chirico’s enigmatic piazzas, Pablo Picasso’s postcubist women, Fernand Léger’s mechanized nudes, and Francis Picabia’s ‘transparencies’ made the arts of antiquity modern. The Getty Villa—a reconstruction of an ancient Roman house—and its antiquities collection provide a unique environment to experience modern art in relation to the classical past.

Picasso, de Chirico, Léger and Picabia all looked to classical antiquity to feed their imaginations and yet remained radical figures in early 20th-century art. These avant-garde artists had no wish to return to a lost past; the antiquity they knew, primarily in museums, was for them a vital element of contemporary life. Their supporters believed that profound affinities existed between ancient and modern works. But these artists did not view antiquity as another culture to be compared with theirs. It was—for each of them in a different way—such a part of their present-day experience that it was in effect modern.

The modern works by Picasso, de Chirico, Léger and Picabia featured in this exhibition are displayed alongside ancient art, continuing a dialogue between the modern and the antique that is still alive today. Exploring three thematic categories—stories, bodies, and objects—the exhibition illuminates what these 20th-century artists found arresting in ancient culture. As they have embraced and transformed antiquity, their works inform how we now perceive classical art.

In conjunction with the exhibition: Modern Antiquity: Picasso, de Chirico, Léger, and Picabia in the Presence of the Antique

This exhibition has been organized by the J. Paul Getty Museum in association with the Musée Picasso, Antibes, and is supported by an indemnity from the Federal Council on the Arts and the Humanities. Generous funding has been provided by the Villa.