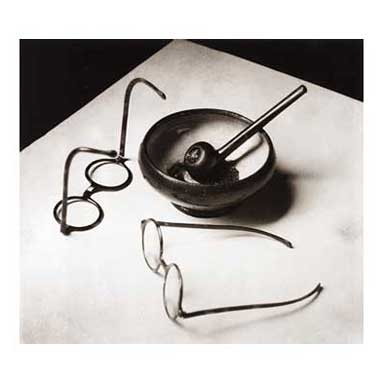 Artist as subject — Images of the Artist – Getty Center 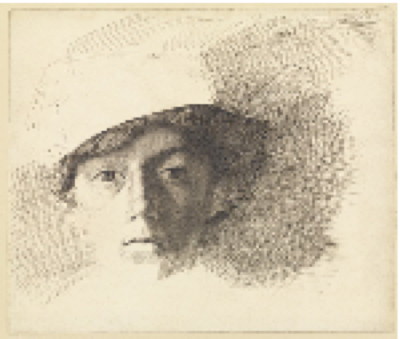 Images of the Artist, a fascinating exhibition that explores artistic identity and image-making by showcasing some of the ways in which artists have represented themselves, their activities and their surroundings, will be on view at the J. Paul Getty Museum, Getty Center, from November 15, 2011 to February 12, 2012. Spanning 500 years, from the late Renaissance to the 20th century, the exhibition’s 41 interconnected objects feature compelling drawings, prints, photographs, paintings, and sculptures from the Getty Museum’s collections, complemented by loans from local institutions and private collections.

Divided into four sections, Images of the Artist suggests how artists have found inspiration through self-examination. The first section presents an intriguing group of portraits of artists, while another section illustrates how artists have lived and worked. A third grouping of images shows allegories of the artist and his trade. A final category highlights works in which the artist’s likeness and presence are more elusive than in the other works on view. The structure of the show follows a natural progression from the most recognizable of artistic self-references to gradually less expected and less orthodox depictions, where merely a trace of the artist is discernible.

“Images of artists have been fertile ground for artistic inquiry for centuries,” said Edouard Kopp, assistant curator of drawings at the Museum and co-curator of the exhibition. “Portraits are the most common type, yet there are many less direct ways in which artists have sought to represent themselves.”

The most familiar images of artists, portraits have traditionally been intended to record recognizable likenesses of sitters for posterity. Self-portraits may be objectifying representations of the artist’s appearance, express the artist’s state of mind or reflect his or her position in society, whether elevated or impoverished. Also, portraits often give a glimpse into the relationship between the artist and the sitter.

In Charles Samuel Keene’s Self-Portrait from about 1845, the young British artist and illustrator used pen and brown ink to draw his face in dark shadow and bright light. This unfinished, intimate drawing, which was never exhibited in his time, appears to have been created for its own sake. In contrast to such a private endeavor, Nadar’s Self-Portraits as an Aeronaut were advertising vehicles intended to attract spectators who paid to witness balloon rides. In these photographs, dated to about 1863, the French artist and pioneer of aerial photography poses in the basket of a makeshift balloon, as if to puncture the seriousness inherent in formal self-portraiture.

The Artist’s Life and Space:

The Romantic notion of the artist as a solitary, tormented genius toiling away in a modest studio still persists to this day. While many images show artists drawing or painting alone, this section broadens that perspective by portraying artists socializing with teachers and fellow artists or studying the art of the past.

In Taddeo Drawing by Moonlight in Calabrese’s House, the artist Federico Zuccaro depicts his older brother, Taddeo, who worked as apprentice to an established artist in Rome. In this late 16th century drawing, the aspiring artist, who was not given a lamp to use at night, is shown sketching by moonlight, while the rest of the household sleeps. In Hubert Robert’s A Draftsman in the Capitoline Gallery, an artist sits on the floor of an immense gallery, studiously copying an ancient statue. Galleries, rich with antiquities, were a common training ground for aspiring artists.

Allegories of the Artist:

Since the Renaissance period, artists have often employed allegory—the use of personifications or symbols to embody abstract ideas—to create works about themselves or the act of artistic creation. The visual vocabulary of allegory, however, has its roots in classical antiquity. A highlight in this section of the exhibition is Pygmalion and Galatea, an irreverent take on the ancient Greek myth of creation by the famous Spanish painter Francisco José de Goya y Lucientes. The work reverses the order of events with the sculptor Pygmalion laboriously carving a statue of an already animated Galatea, who has yet to win the love of her creator.

Traces of the Artist:

This final section spotlights images in which the artist’s appearance is either fragmentary, distorted or simply missing, with shadows or fingerprints as the only tangible traces of the artist’s presence. For example, Paul Gauguin’s Head of a Tahitian Woman, an unsigned charcoal drawing, bears the artist’s fingerprints all over the sheet.

“Our hope is that visitors discover different layers of meaning about the ways artists have represented themselves through the ages,” explains Rachel Sloan, a co-curator of the exhibition and former graduate intern in the Getty’s Drawings Department. “These artists have approached this task with an incredible degree of emotional intimacy and humor.”

Images of the Artist will go on view November 15, 2011 through February 12, 2012 in the West Pavilion of the J. Paul Getty Museum at the Getty Center.

The Getty Center is open Tuesday through Friday and Sunday from 10 a.m. to 5:30 p.m., and Saturday from 10 a.m. to 9 p.m. It is closed Monday and major holidays. Admission to the Getty Center is always free. Parking is $15 per car, and $10 after 5pm on Saturdays and for evening events throughout the week. No reservation is required for parking or general admission. Reservations are required for event seating and groups of 15 or more. Please call 310-440-7300 (English or Spanish) for reservations and information. The TTY line for callers who are deaf or hearing impaired is 310-440-7305. The Getty Center is at 1200 Getty Center Drive, Los Angeles, California