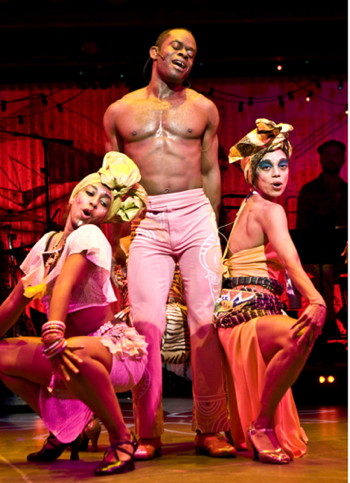 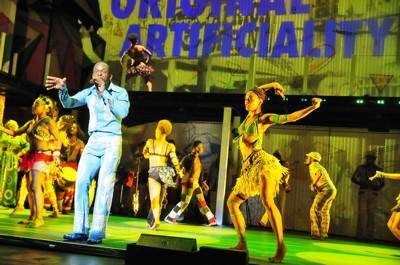 Pounding rhythms, colorful tribal costumes, exquisitely light and authentic African choreography, visually stunning staging and politically charged lyrics – Fela! is a biographical funk concert musical that is not to be missed!  Add a downright sexy, charismatic and gifted performer as the central subject (Sahr Ngaujah plays Fela Kuti as if he was born to do so) and you have an exhilarating night of music and drama that will imprint on your memory for years to come.

Presented like a live concert, we the audience are occasionally directly addressed by Kuti as if we were his fans attending a performance at his own venue in Nigeria called ‘The Shrine’.  Mimicking the call-and-response nature of many of Kuti’s powerful songs, he even sits down to chat directly with us, polling the audience to reveal their own brushes with the law. (Along with his family and followers, Kuti was frequently persecuted by the law for his outspoken lyrics and activism.)