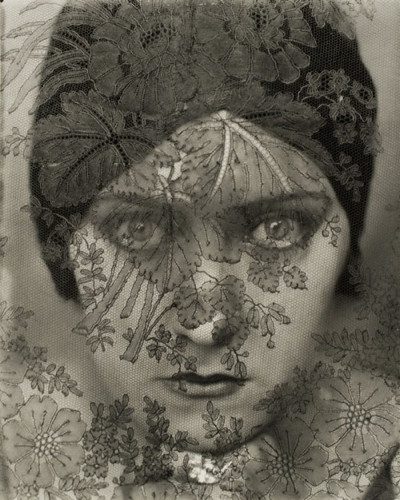 Portraits of Renown: Photography and the Cult of Celebrity — Famous Figures Captured in Getty Photography Exhibition

Famous historical and contemporary figures captured through photography can be seen in a new Getty exhibition.

Portraits of Renown: Photography and the Cult of Celebrity, on view at the J. Paul Getty Museum at the Getty Center, April 3–August 26, 2012, surveys some of the visual strategies used by photographers to picture famous individuals from the 1840s to the year 2000.

“This exhibition offers a brief visual history of famous people in photographs, drawn entirely from the Museum’s rich holdings in this genre,” says Paul Martineau, curator of the exhibition and associate curator of photographs at the J. Paul Getty Museum.  “It also provides a broad historical context for the work in the concurrent exhibition Herb Ritts: L.A. Style, which includes a selection of Ritts’ best celebrity portraits.”

Photography’s remarkable propensity to shape identities has made it the leading vehicle for representing the famous. Soon after photography was invented in the 1830s, it was used to capture the likenesses and accomplishments of great men and women, gradually supplanting other forms of commemoration. In the twentieth century, the proliferation of photography and the transformative power of fame have helped to accelerate the desire for photographs of celebrities in magazines, newspapers, advertisements, and on the Internet. The exhibition is arranged chronologically to help make visible some of the overarching technical and stylistic developments in photography from the first decade of its invention to the end of the twentieth century.

A wide range of historical figures are portrayed in Portraits of Renown. A photograph by Alexander Gardner of President Lincoln documents his visit to the battlefield of Antietam during the Civil War.  Captured by Nadar, a portrait of Alexander Dumas, best known for his novels The Count of Monte Cristo and The Three Musketeers, shows the author with an energetic expression, illustrating the lively personality that made his writing so popular. Baron Adolf De Meyer’s portrait of Josephine Baker, an American performer who became an international sensation at the Folies Bergère in Paris, showcases her comedic charm, a trait that proved central to her popularity as a performer. An iconic portrait of the silent screen actress, Gloria Swanson, created by Edward Steichen for Vanity Fair reveals both the intensity of its sitter and the skill of the artist. A picture of Pablo Picasso by his friend Man Ray portrays the master of Cubism with a penetrating gaze.

Yves St. Laurent, Andy Warhol and Grace Jones are among the contemporary figures included in the exhibition. Fashion designer Yves St. Laurent was photographed by Marie Cosindas using instant color film by Polaroid. The photograph, made the year his first boutique in New York opened, graced the walls of the store for ten years. A Cosindas portrait of Andy Warhol shows the artist wearing dark sunglasses, which partially conceal his face.  Warhol, who was fascinated by celebrity, delighted in capturing public personalities such as Grace Jones with his camera.

Portraits of Renown: Photography and the Cult of Celebrity

About the Getty Museum:

With an essay by James Crump

A seductive collection of portraits and nudes from the famed fashion photographer is beautifully reproduced in this handsome volume.

The Getty Center is open Tuesday through Friday and Sunday from 10 a.m. to 5:30 p.m., and Saturday from 10 a.m. to 9 p.m. It is closed Monday and major holidays. Admission to the Getty Center is always free. Parking is $15 per car, but reduced to $10 after 5pm on Saturdays and for evening events throughout the week. No reservation is required for parking or general admission. Reservations are required for event seating and groups of 15 or more. Please call (310) 440-7300 (English or Spanish) for reservations and information. The TTY line for callers who are deaf or hearing impaired is (310) 440- 7305.

Additional information is available. Sign up for e-Getty here to receive free monthly highlights of events at the Getty Center and the Getty Villa via e-mail, or visit their official site for a complete calendar of public programs.