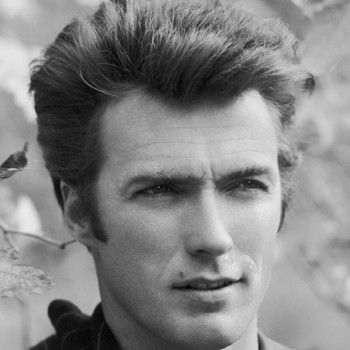 Nervously awaiting the arrival of one of Hollywood’s movie legends is a fidgety group of seven journalists from around the globe. Once the two-time Best Picture and Best Director Oscar-winning actor Clint Eastwood arrives, each of us shake his hand and introduce ourselves. Your trusty correspondent has snagged a seat right next to where he will be seated and so I am the last to make my introduction.  Somehow all the others are standing, so when it is my turn, I jump up and say, “And I’m Pauline Adamek from Australia.” Turning sideways, a little startled, Eastwood gives me that look and replies, “Of course you are!” and twinkles at me. I almost die of embarrassment mixed with glory.

Eastwood has sauntered into the foyer of the Steven J. Ross cinema, on the Warner Bros. studio lot, to promote Trouble With The Curve; the first film in twenty years that he’s merely acted in. His presence here today feels like a gesture of support for his director, Robert Lorenz, a man who has worked as Eastwood’s producer, executive producer and assistant director on several recent pictures.

Trouble With The Curve is a feel-good father/daughter story ensconced in an all-American milieu. Octogenarian Eastwood plays Gus, a talent scout for a major league baseball team. Gus is losing his eyesight and in danger of being put out to pasture in favor of the younger, statistics-hungry hotshot analysts. Ostensibly a story about

A longtime collaborator with Eastwood, Robert Lorenz is making his directorial debut after working alongside Eastwood since 1994, overseeing all aspects of the films produced at Eastwood’s company, Malpaso Productions. As a producer, Lorenz earned two Academy Award nominations during what is generally considered Eastwood’s most prolific and successful period as a director. Serving as executive producer on Eastwood’s Million Dollar Baby means he shared in its prestigious Best Picture Academy award.

It was Lorenz who brought Randy Brown’s script Trouble with the Curve to Eastwood’s attention. As Lorenz recalls it, “A friend of mine, a producer, sent me this project and I really liked the story. I thought it was a great role for Clint.” Lorenz developed the screenplay, assisting Brown through a few re-drafts until he felt it was in good enough shape to show to Eastwood. “Clint liked it very much and I told him it’s for him to direct or just act or whatever he wanted. He’s known for a long time that my interest is in directing and that I was eventually going to go off and do that. For whatever reason, he thought that this was a good chance to make that leap and he asked me if I wanted to direct him in it, which was thrilling and extremely generous of him.”

Eastwood’s version goes a little differently. Grins Eastwood, “Yeah, well Robert’s always wanted to do it [direct] and he brought this script to me and I liked it. I told him I’d do it and he says, ‘Well, do you want to direct it?’ And I could tell by the way he was asking that he was fishing around, so I kind of lead him on for a while. I told him to let me think about it and then finally I said, ‘Who can we get? Who could we get?’ Finally I said, ‘Why don’t you do it Rob?’ And he jumped up and down, yeah. He did a nice job. He’s a guy who’s paid a lot of attention over the years and he seems to have learned a lot about almost every department on the film making process, so I knew he would do well.”

Did Lorenz feel like Eastwood was playfully stringing him along for a while? Laughs Lorenz, “Oh, he definitely did. Yeah, he is [playful]. I guess one of the reasons I’ve been able to work with him so long is because I know how to read him as well as anybody, but he still manages to play it really close to the chest. He did string me along for weeks; I didn’t know which way he was going.”

So does Eastwood enjoy acting as much as directing? Eastwood admits, “It was fun to just act. I haven’t done that for a lot of years – 20 years to be exact – and so I thought this was like a vacation. Whenever I wasn’t on call, I could go play golf or something and so that was fun. Of the two I would probably prefer directing because I’ve just been doing it a lot more in recent years, but it’s fun once in a while to come back and reprise the acting side of it all.”

A common thread in recent performances from Eastwood is family estrangement and emotional unavailability. What’s the attraction? Muses Eastwood, “Well, I think it’s just that they all have a lot of not only conflict with the member of the family but also a lot of inner conflict, and that makes for a more interesting character than somebody who just kind of cruising along. In this, she comes along and through their conflict, his being bothered by having her there, in the end they both solve the problems together so that it becomes a nice relationship thing.”

Eastwood has good on-screen chemistry with Amy Adams. Says Eastwood, “Yes, well she’s very simpatico of a person. I’ve seen her in other movies; I liked her performance. She’s very easy to work with because she likes coming to work, she’s always there and she’s very nice.” 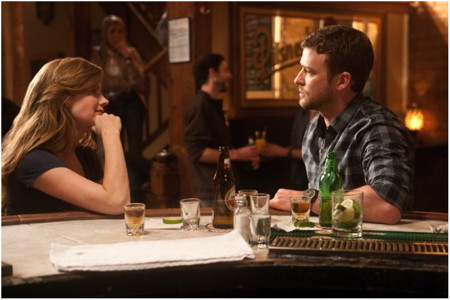 What is it about Amy, and also Justin, that make them so special? Eastwood thinks Amy is just a “regular gal. She’s not the big hyper-model type. She looks like she could be my daughter, I think, and she’d be the type of gal that I would love to have for a daughter. I didn’t know Justin that well. I’ve seen in him in a few things. I thought he was a good actor but I thought he was great in this. He was better than I imagined he would be because he had a certain charm. I knew he had personality, but sometimes it’s hard to transfer that to the screen, but he did and he played it with some kind of slightly naïve tack, so that was fun. I think he made a very interesting character out of it.”

As for why he cast a successful pop artist who has only recently turned to acting, Lorenz says he wasn’t pressured by the studio merely to cast someone popular. “For that particular role, I just wanted somebody with a lot of energy and charm because that’s really what it needed and Justin brought that. He’s very dynamic and he’s humorous.”

Lorenz, however, admits he received some pressure to cast a bigger name in the daughter role. “I really wanted Amy because I thought she had the right balance of being able to come across as soft and feminine and beautiful and at the same time really tough and someone that could stand up to Clint Eastwood on screen and also be believable as someone that is his offspring. I was so excited about casting her and her agreeing to doing the movie, I was thrilled.”

Eastwood’s first time as a director – Play Misty for Me:

Eastwood made several pictures with Universal Studio before he moved to Warner Bros. The first movie that Eastwood directed, Play Misty for Me, was a Universal-Malpaso Company Picture, being the sixth film made under Eastwood’s own company banner (Malpaso). It was rumored that Eastwood had to sacrifice his directorial fee in order to make his directing debut. I wondered if he was also obliged to act in the picture as well.

Eastwood sets me straight, explaining, “I went in to see the head of the studio [Lew Wasserman] and I was with several other people. I said, ‘You have this project, Play Misty for Me. I’d like to do it,’ meaning be in it, and he said great. He was always anxious for me to do something. Then I said, ‘Oh yeah, and I’d like to direct it,’ and he kind of looked at me and went ‘Okay.’” Eastwood says he walked out of the meeting feeling amazed. “I thought, ‘Boy, that was easy.’ I was thinking I was going to have to sell him on the idea. So then my agent comes running out and he says, ‘Oh yeah, they want you to do it but they don’t want to pay you,’ and I said that was fine. I mean, they shouldn’t pay me anything. I would pay them to do it. But I told my agent, ‘Don’t tell them that!’” Eastwood seems adamant that he felt he should prove himself. “Why would they pay some guy who’s directing for the first time out? But by [director’s] guild rules they had to give you at least minimum wage. I thought well I’m way ahead of the game. I would have paid them.”

Gus is such a grumpy old man and yet Eastwood seems so sweet and gentle. Where does this cantankerous guy fit into his life? Eastwood muses, “Maybe I am a grumpy old man, I don’t know. I don’t think I am but it’s certainly fun to play because you have to overcome that within yourself in order to live and operate in society, so it makes for an interesting character setting. If you’re one way and you have to change to another way, most people never get that opportunity. Most people go through life kind of in the same vein. Maybe they change as they get older and they learn more things and more information is pumped in the brain and maybe they don’t.”

So after all these years, what’s cinema for Clint Eastwood? “What is cinema? It’s just my life.”

And with that Eastwood gives me one of those nice, affectionate grips (with his hand) on my shoulder and saunters off. 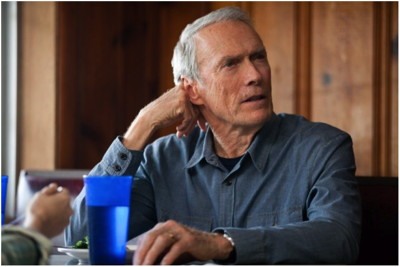 Trouble with the Curve is still playing at selected cinemas in Los Angeles.