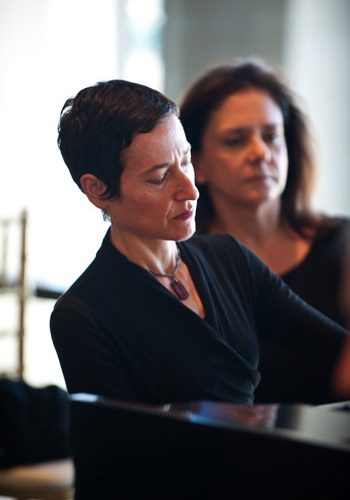 The sixth concert of Le Salon de Musiques’ 3rd season, to be held this Sunday, on March 10, 3013, will feature Ravel’s Piano Trio in A minor, Debussy’s Cello Sonata in D minor and Violin Sonata in G minor.

The concert will be introduced by musicologist Julius Reder Carlson and performed by Phillip Levy on Violin, Andrew Shulman on Cello and Rina Dokshistky on Piano.

This year the season has introduced a number of previously unfamiliar 19th century composers, including, in January, the US premier performance of an exquisite work by Philipp Scharwenka — his Piano Quintet op 118.

Yet the audience has continued to take a chance and has grown with each concert.

Claude Debussy’s violin and cello Sonatas are part of the composer’s last works. Both were composed under the combined duress of the First World War and the cancer that was killing him. As Debussy was really depressed he was unable to compose at all for a while. These two beautiful pieces are inspired by the clarity and restraint of the 18th century French composers Rameau and Couperin.

RAVEL: Piano Trio in A minor

Like Debussy and because of the First World War, initial progress on the Maurice Ravel Trio was really slow. Written in the French Basque commune of Saint Jean De Luz, Ravel felt a deep identification with his basque heritage. During his Trio’s composition he was also working on his piano concerto. His inspiration came from a wide variety of sources from Basque dances to Malaysian poetry.

The performance will be followed by an informal conversation between the musicians and the audience while sipping French Champagne and enjoying a gourmet buffet prepared by Patina.