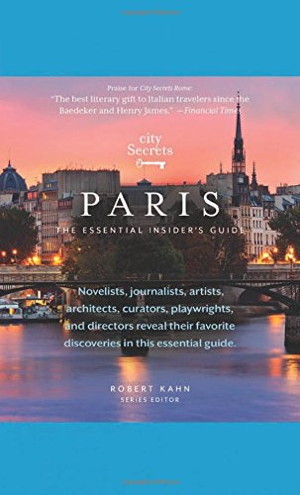 Paris — the magical city of light. If you’ve ever had the opportunity to visit the glittering capital city of France, then you’ll know this mythical metropolis thrillingly lives up to its legend. If you haven’t, then you might want to rely on a well-researched travel guide to make the most of your trip.

Newly released is City Secrets Paris: The Essential Insider’s Guide — a gorgeous little blue cloth-bound, hard-cover book that offers numerous insider insights into the best places to investigate when visiting Paris. It’s also the perfect (almost) pocket-sized book to carry around with you when traversing the boulevards and parks of this acclaimed city.

Through personal anecdote and insight, these experts become your travel companions as they reveal little-known gems about art, food, shopping and architecture. Some share their favorite or obscure places and activities, including restaurants, cafés, art, architecture, shops, outdoor markets, strolls, day-trips, and all manner of cultural and historic landmarks. For many, these are subjects the contributors have spent a lifetime pursuing.

Several L.A.-based writers have submitted short essays that enthusiastically extoll their favorite Parisian haunts. Writer/photographer Carolyn Campbell vividly describes her exploration of one of the world’s most famous resting places, the ancient Pére Lachaise Cemetery. She directs us to investigate several of the less well-known masters of the grounds, such as the “…famous architects and sculptors [who] designed the tombs of these immortals.” Another contributor, photographer Don Freeman, notes, “It’s a true miniature city, with more than twelve thousand permanent residents.” A mysterious and alluring place, Campbell has spent more than three decades documenting the legendary burial grounds for her forthcoming photo essay travel book City of Immortals: The Pére Lachaise Cemetery, Paris. 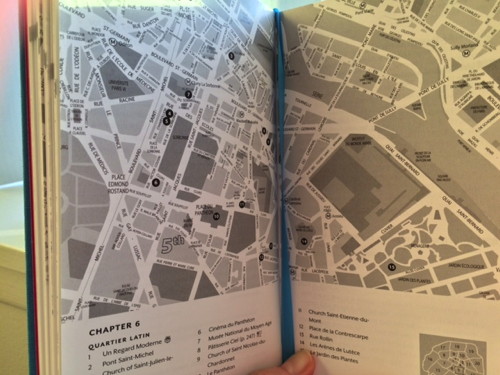 Kenneth Turan, renowned film critic for the LA Times, writes about his favorite cinemas, where you can view everything from new releases to classic films. He opines that Paris is “a paradise if you love watching vintage Hollywood movies on a big screen.”

Sculptor George Stoll contributed several essays and in one of those he muses on Da Vinci’s famous portrait, the Mona Lisa (aka La Gioconda), that has hung in the Musée du Louvre since 1797.

Brimming with insider tips on favorite places to check out, special locations to dine and marvelous walks, City Secrets Paris: The Essential Insider’s Guide is a must-pack item to accompany you on your next — or first — visit to charming Paris. Thanks to its 150 contributors commenting on over 200 venues, this pretty book is a valuable supplement to any more basic travel guide.

City Secrets Paris: The Essential Insider’s Guide is available for purchase on Amazon.

Although it's unnecessarily lengthy and suffers from an overabundance of dialogue, Doleac's film provides some thrills and interesting twists.