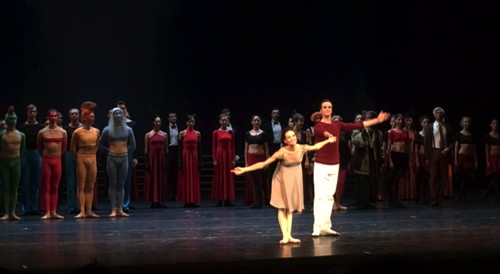 Here’s the newest Exit Review for the Mariinsky Ballet and Orchestra presenting the modern ballet Cinderella, which opened last night, October 8th, and runs for four remaining performances only, tonight, tomorrow and Sunday, until October 11th, at the Dorothy Chandler Pavilion in the Music Center of Downtown LA.

Mariinsky Ballet and Orchestra open the Glorya Kaufman Presents Dance at The Music Center 2015-2016 Season with this Southern California premiere of Ratmansky’s Cinderella.

DANCETALKS can also be heard after the engagement on The Music Center’s Soundcloud channel.