“My Sister” at the Odyssey

Two sisters — identical twins — eke out an existence, sharing a single room in Berlin during the mid 30s. Magda (played by Emily Hinkler) is a lowly orderly at a hospital by day, though her dream career as singer and comedienne at a nightclub is starting to take off. Matilda (played by Elizabeth Hinkler) is afflicted with cerebral palsy, which greatly impairs her movements but not her mental faculties. She stays at home writing poetry as well as sketches and comedy routines for her sister to perform.

The action of the play cuts back and forth from the sisters’ home to the nightclub, where we see Magda performing. Cooped up in that room with her magazines and short wave radio, Matilda is far more politically aware than her naive sister. It’s through their conversation, and arguments, that we learn about the world outside. Germany is undergoing social reform and vocal support for the newly appointed Chancellor Hitler is on the rise, with aggressive young men taking to the streets proclaiming Nationalist propaganda.

Janet Schlapkohl’s play presents an intense and tender relationship against a highly charged historical backdrop, so while the impending menace unfolds with a grim inexorability, the drama feels clumsily wrought. It’s difficult to accept that Magda would be so oblivious to the fates of the disabled patients that she befriends at the hospital, and how the shifting dynamic might affect her sister. And while Emily Hinkler’s singing abilities are mediocre, it’s interesting to watch her character gauge her audience and adapt her performance, often eliminating or softening the more overt political jokes that her on-stage sister has written for her.

Schlapkohl’s play was crafted for these twin sisters, and so they bring a deep empathy and natural compatability to their roles. Elizabeth Hinkler is astonishingly convincing as a physically impaired person, and some moments between the sisters, such as a sweet one where Magda lets Matilda select the half of chocolate cake she wants, feel drawn from real life.

My Sister is a poignant drama. The story is somewhat predictable, yet it’s still heartbreaking. 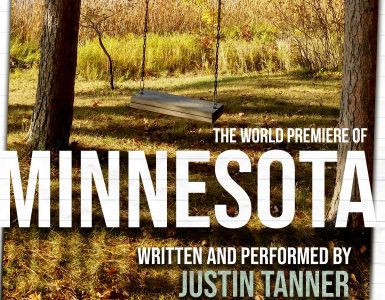 Once it became apparent that the Covid pandemic wasn’t going to be a short catastrophe, and theaters everywhere had to close their doors for more than a year, one thing was very clear to me. If we were lucky enough to...