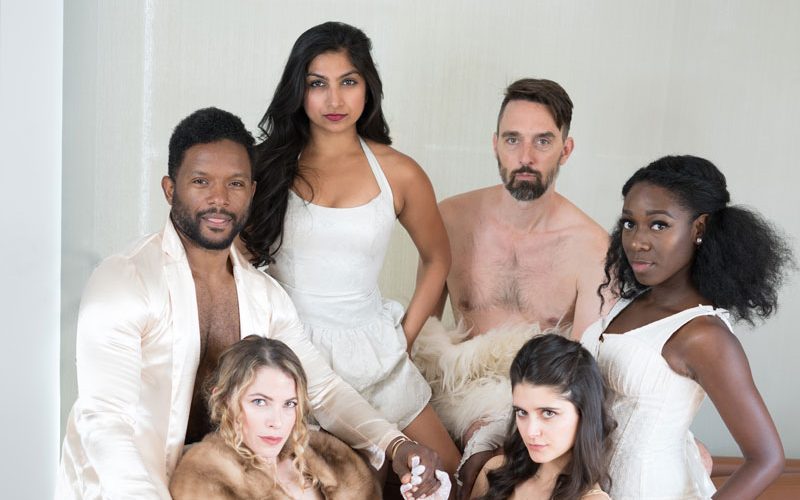 Voices from the 2018 Hollywood Fringe: Lucy Gillespie, Writer of ‘Keeping Up with the Prozorovs’ 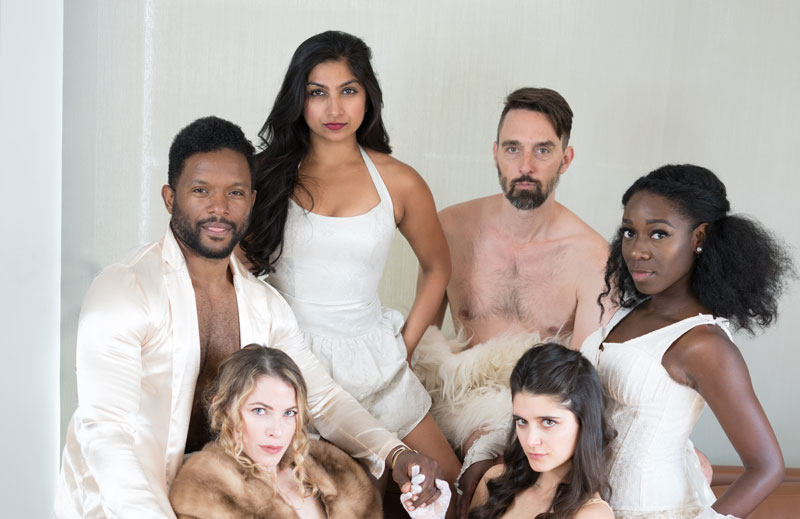 Making its world premiere at the 2018 Hollywood Fringe Fest is playwright Lucy Gillespie’s comedy Keeping Up With the Prozorovs — a mashup of Chekhov’s Three Sisters and the Kardashians’ reality show. She took the time to answer some questions about the piece for ArtsBeatLA:

What inspired you to write this mash-up?

Last February, I broke my back in a snowboarding accident, was airlifted to hospital, then rushed into emergency spinal fusion surgery. The week after surgery was terrifying. I had no idea what my recovery would involve, or if I’d ever walk again. I was in constant pain, too scared to move in case I injured the surgery site. It was during this week I watched the Kardashians for the first time. I’d always been aware of them, of course, but with the distanced dismissal of a self-confessed snob.

But now, heavily dosed on a variety of opioids, I fell in love with them: their beautiful china doll faces, their soft round curves, their warmly-lit homes filled with plush, tasteful furniture. In Kardashian-land, there is no pain; only spa treatments, new car smell and an abundance of healthy snacks. This was heaven, the ultimate manifestation of the American dream. After a few episodes, it occurred to me (theater nerd that I am) that three sisters had finally made it to Moscow.

What’s it all about?

As I said, Chekhov’s Three Sisters have finally made it to Moscow (Calabasas, CA). At first, they are overjoyed. All their dreams have come true! Over time, the reality sinks in that wherever you go, there you are. And that the price you must pay to succeed in Moscow is everything you loved and took for granted back home.

How did you and director Katie Lindsay find the cast?

Facebook! Luke Forbes was in my webseries, Unicornland. Nikita Chaudhry is a fellow NYU alum, Christopher Soren Kelly is my friend’s partner. Fabianne Meyer and Chloe Dworkin went to high school with Katie! Lauren White and Janai Dionne know each other from improv circuit, and came to us through a friend of Katie.

What do you hope audiences will take away from the show?

Laughs! Most of our artistic decisions have been made in the name of fun. Everything I write has themes, a message, et cetera, but we really just want people to have a raucous night at the theater.

Is this your first Hollywood Fringe experience? Is everyone ready for the lightning-fast switching that’s all part of the Fringe?

Yes, we are HFF virgins! But Katie and I both did the off-off-off-off thing in NYC and are well-seasoned in indie, self-produced theater. As a member of EST’s Youngblood Playwrights Group, I regularly took part in the monthly short play Brunches where everything — writing, rehearsals, tech, full brunch — came together in a week. And Katie, Fabi and Chloe did Urinetown at the Edinburgh Fringe!

Since the Fringe is a collaborative venture, are there any other shows you’d like to give a shout-out to?

So many! My friend Chris Sullivan is producing Best Friend, which I’ve read and am really excited about. Our friend Cat LaCohie, benefactor of our corsets and furs, is producing a majorly sexy and fun burlesque show called Vixen DeVille Revealed!, and we’re sharing actress Janai Dionne with Modern Romance.

What other plays have you written?

This piece is female-centric and diverse. Is that a common theme that runs through your work?

Keeping Up with the Prozorovs plays June 3-23 at various times at the McCadden Theatre, 1157 N. McCadden Place.

Specific times and ticket purchases can be located on the Fringe site.