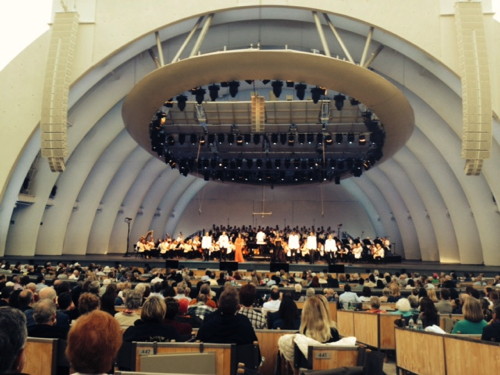 The career of British-born artist Cynthia Erivo is on an impressive trajectory, gaining accolades all over the world.

The gifted actor/singer received a 2016 Tony Award for her Broadway debut as Celie in The Color Purple. Her vast theater credits include The Umbrellas of Cherbourg, Sister Act, I Can’t Sing!, Dessa Rose, Henry IV, Marine Parade, I Was Looking at the Ceiling and Then I Saw The Sky, The Three Musketeers, The Princess of Spain and A Midsummer Night’s Dream. Beyond her illustrious stage career, Erivo was nominated for two Academy Awards–one for her starring performance in Harriett and the other for co-writing the film’s featured song “Stand Up.”

Grammy®, Tony®, and Emmy® Award winner and Oscar® nominee Cynthia Erivo shows off her incredible vocal power as she makes her Hollywood Bowl debut with a program titled “Legendary Voices.”  In addition to giving voice to music made famous by the greatest female singers of all time–including Aretha Franklin, Nina Simone, Barbra Streisand, Roberta Flack, and Annie Lennox–Erivo will also perform selections from her forthcoming debut album, entitled Ch. 1 Vs. 1.