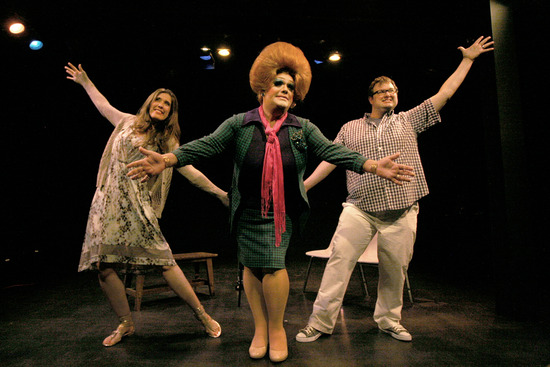 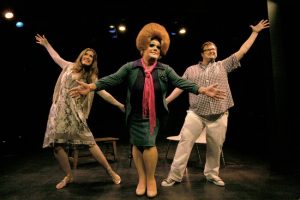 Hello readers! This week I’m still covering the Hollywood Fringe Festival for the LA Weekly, so my two reviews are of The Real Housekeepers of Studio City and Mud, both still playing in Hollywood.

Joe Green’s derivative, amateur and R-rated musical assembles all the beloved maids from TV sitcoms, past and present, and parades them through his nostalgic tribute. The slim premise has divorcee and mother of two teens Ashley (Lani Shipman) vying for an audition on a reality TV show. Her gay BFF, Scot (Ryan O’Connor), insists she needs a housekeeper and places an ad on Craigslist. Pretty soon we’re meeting a range of candidates, from Lurch from The Addams Family alongside Rosey the Robot from The Jetsons (“It’s Better with Two”) to sassy black maids of all shapes from Gimme a Break, The Jeffersons and The Fresh Prince of Bel Air (all played by Lorie Moore) to Tony Danza to — inexplicably — Gilligan (Harris Markson). The unremarkable songs feel unoriginal, the voices are weak and it all seems like an excuse for Markson to show off his manly chest and composer Green to get up in monstrous drag.

The Real Housekeepers of Studio City – a musical 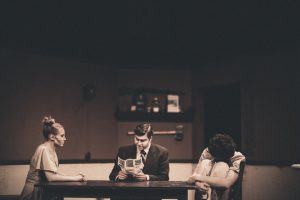 There’s a certain fragility mixed with permanence in Maria Irene Fornes’ melancholy tragedy Mud, and the characters seem to exist beyond the performance that unfolds before us. In seventeen short (sometimes brutally short) scenes, Fornes depicts a squabbling couple, Lloyd (Riley Smith) and Mae (Annie Hamilton), who seem stuck in some kind of rural poverty. While Lloyd appears slightly mentally retarded, Mae is merely illiterate and wants to better herself and get out. Her romance with unsympathetic local fellow Henry (A.J. Helfet) sparks jealousy from Lloyd. But then the worm turns… Director Shaya Mulcahy’s slightly stylized approach has the cast members remaining in character during the dim “blackouts,” silently playing tag as the action advances.