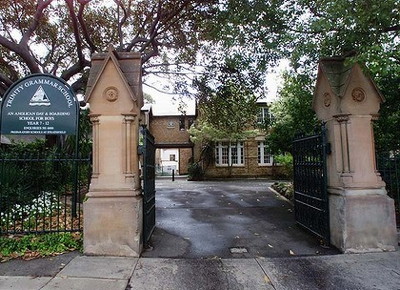 Following last year’s presentation at the Fringe, Feeling Feeling, writer/director Sarah Doyle ventures into far darker territory with Anaconda. Hers is a controversial play based on a sordid abuse and bullying scandal that erupted at an Australian private high school – Sydney’s Trinity Grammar – as recently as 2000. Doyle has relocated the action to New York for the Fringe (wobbly US accent from the Australian lead notwithstanding), but apparently plans to revert back to the story’s Sydney origins for its Australian season next year.

Running a taut one hour and 10 minutes, this is a hard-hitting drama complemented by powerful performances. When successful defense attorney Matty (Martin Dingle Wall) learns that an old school mate has committed a violent murder of another former school mate, he feels compelled to take the case on and try to get the killer off. Thanks to Doyle’s beautifully structured writing, eventually we start to piece together the heinous episodes that occurred at the high school. Matty is desperate for some sort of redemption, but his savvy, bitchy wife Bivva (Jordan Ballard) fights hard to save her marriage and talk her husband out of throwing his reputation away.

The entire cast, including Jeremy Glazer and Jonathan Roumie as the antagonistic, wounded killer, give astoundingly powerful performances. A highlight is a wonderfully written and acted awkward scene where two old friends share an intimate memory and revelation.

Anaconda is definitely not for the faint-hearted; there are some descriptions of graphic violence that made this critic queasy. Nevertheless, Sarah Doyle’s effective play is well worth seeing.

No Way Around but Through – Saturday June 9, 8pm  (not Fringe)