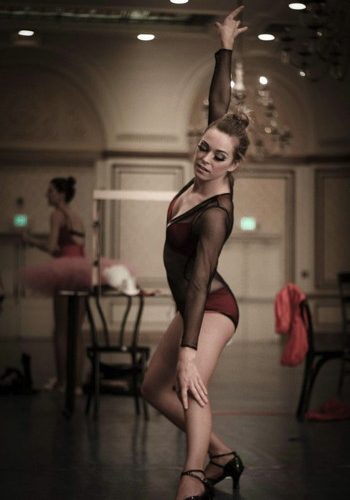 CARPE NOCTEM (‘seize the night’) will be performed at the ASYLUM THEATRE, 6320 Santa Monica blvd, Hollywood CA, at 7.00pm on

Choreographer and French cabaret dancer Lola OhLaLa brings an extensive background performing and studying in France to present a production brimming with a corps of talented and sexy dancers, all sultry smiles and seductive, heavy-lidded glances.

For forty minutes, five très jolie ingénues with masses of curly ponytails strut, dance, smile and pout their way through several dance routines, sometime lip-syncing to the classic French tunes such as Edith Piaf’s I Love Paris in the Springtime.

Unfortunately the teeny tiny stage of the Underground Theatre, on North Wilton in Hollywood, definitely cramps their style and flourishes, restricting their high kicks and swirls to too tight quarters. Yet they women execute numerous flying leaps into the splits for the big, swishy can-can finale.

What the other critics are saying:

Dany Margolies has a handful of reviews out — read them here.

And here’s an updated show list of my reviews. Click on the active links in the play’s title to go to its review page.

NO WAY AROUND BUT THROUGH – Falcon Theater, Toluca Lake (not Fringe)